In the course of the 1930s, the counterrevolutionary bureaucracy in the Soviet Union headed by Joseph Stalin murdered virtually the entire leadership of the October Revolution. Show trials of Bolshevik leaders were organized between 1936 and 1938, including Zinoviev, Kamenev, Bukharin and Rakovsky. These gruesome proceedings, in which the defendants were compelled to denounce themselves (having been falsely promised that such confessions would save themselves and their families), ended invariably with the announcement of death sentences that were carried out within hours. In the few cases where prison sentences were imposed—as with Rakovsky and Radek—the defendants were later murdered in secret. The trials were the public image of only one side of an unprecedented campaign of mass murder, most of which was conducted away from public view.

Hundreds of thousands of socialists, the finest representatives of several political generations of Marxist intellectuals and workers, were physically exterminated. Nearly 1 million people were killed in a wave of counter-revolutionary violence from 1936 to 1939. This liquidation—which confirmed, in the most direct sense, Trotsky’s assessment of Stalin as the “gravedigger of the revolution”—dealt a blow to the revolutionary consciousness of the Soviet working class from which the Soviet Union never recovered. The history and record of these unparalleled crimes constitute the unanswerable refutation of the claim of countless bourgeois propagandists that Stalinism based itself on the theoretical and political heritage of Marxism, let alone the claim that Stalinism and Trotskyism were merely variants of one and the same Marxism. The real relationship between Stalinism and Trotskyism was best described by Trotsky: they were separated, he wrote, by “a river of blood.”

“Stalin’s trial against me is built upon false confessions, extorted by modern Inquisitorial methods, in the interests of the ruling clique,” Trotsky said. “These trials develop not from communism, not from socialism, but from Stalinism, that is, from the unaccountable despotism of the bureaucracy over the people!”

In the course of the Great Terror, hundreds of thousands of people torn away from their apartments, thrown into prison, subjected to torture, made to confess to crimes, and then either exterminated or sent to concentration camps. Of the two million people who were repressed from 1937-1938, over half were members of the party at the time of their arrest.

This volume is the first major study by a Russian Marxist historian of the most tragic and fateful year in the history of the Soviet Union. Rogovin presents a detailed and penetrating analysis of the causes, impact and consequences of Stalin’s purges. He demonstrates that the principal function and aim of the terror was the physical annihilation of the substantial socialist opposition to Stalin’s bureaucratic regime.

Written in the midst of Stalin's Terror, which exterminated the Old Bolsheviks who had led the October Revolution, this pamphlet by Trotsky from 1937 analyzes Stalin's claim to be the continuator of Bolshevism.

The assassination of the elder son of Leon Trotsky was an integral part of the counterrevolutionary campaign of frame-up and terror that wiped out an entire revolutionary generation inside the Soviet Union.

Though the ruling completely discredits the judicial frame-ups employed by Stalin to physically destroy all that was left in the Soviet Union of Lenin’s Bolshevik Party, the Supreme Court still failed to rehabilitate the one man who was the principal target of the Moscow trial frame-ups: Leon Trotsky.

In carrying out these trials, Joseph Stalin was launching an assault on the legacy and the leaders of the first successful socialist revolution.

An Open Letter to Maria Svart, National Director of the Democratic Socialists of America

This letter, by Socialist Equality Party Chairman David North, responds to Twitter posts by DSA leaders in support of the 1940 assassination of Leon Trotsky by an agent of Stalin’s secret police.

Praising the crimes of Stalinism: The DSA and the assassination of Leon Trotsky

During the past week, numerous prominent leaders of the Democratic Socialists of America have posted tweets celebrating the 1940 assassination of Leon Trotsky and portraying the murderer, the Stalinist GPU agent Ramon Mercader, as a hero.

The “Kommunarka,” as the site is known, was the grave for some of the most famous victims of the Moscow Trials, and its excavations give a glimpse into the scale of the terror that claimed the lives of at least 700,000 people.

The vendetta against Dmitriev is part of the campaign by Russia’s state and ruling oligarchy to suppress all efforts to uncover the truth about the crimes of Stalinism.

Boris Kagarlitsky’s website Rabkor has published a commentary justifying the frame-up of Dmitriev, who has done valuable work in exposing Stalin’s crimes.

Sixty years since the Dewey Commission

This essay was first published on the sixtieth anniversary of the convening of the Dewey Commission. The commission, whose official name was the Commission of Inquiry into the Charges Made against Leon Trotsky in the Moscow Trials, was established in 1937 by supporters of the exiled revolutionary to establish the truth about Joseph Stalin's purge trials. It was headed by the noted American philosopher and educator John Dewey.

Leon Trotsky and the Fate of Marxism in the USSR

This lecture was delivered by Professor Vadim Rogovin at Macquarie University, Sydney, Australia, on June 3, 1996

Rogovin’s greatest work was accomplished in the aftermath of the dissolution of the USSR in 1991 in close collaboration with the International Committee. In 1992, he began publishing what would become a seven-volume history of the revolutionary Marxist opposition, led by Leon Trotsky, to the Stalinist degeneration of the USSR.

Covering the years from 1923 to 1940, Rogovin’s Was There an Alternative? is an unsurpassed work of historical scholarship, indispensable for an understanding of the Stalinist regime and the deep-rooted socialist opposition to its betrayal of the principles and program of the October Revolution.

Rogovin documented the immense popularity of Trotsky, even after his exile from the Soviet Union in 1929, and established that the principal purpose of Stalin’s bloody terror in the 1930s was the eradication of Trotsky’s political influence.

The Great Terror wiped out whole generations of revolutionaries and, in many cases, their entire families. However, some of them did survive. The most courageous and determined of them dedicated much of their remaining lives to fighting to restore the memory and historical truth about the victims and crimes of Stalinism.

Following the collapse of the Stalinist regimes in the Soviet Union and East Germany, the International Committee established contact with some of these survivors. These included Oskar Hippe, a member of the German Left Opposition, as well as the German communist Nathan Steinberger who was repressed during the Great Terror. In 1994, the IC published the memoirs of Nadezhda Joffe, daughter of Adolf Joffe, one of the leaders of the Left Opposition and a close friend of Leon Trotsky. In 2014, the WSWS published a series of interviews with the children of Ivar Smilga, Leonid Serebryakov, and Yuri Primakov, all notable figures in the Opposition, as well as the granddaughter of the leading Soviet literary critic Alexander Voronsky.

Nadezhda Joffe
Back in Time: My Life, My Fate, My Epoch

This is the only memoir to be written in the post-Stalin Soviet Union by a member of the Left Opposition, which was formed under the leadership of Leon Trotsky in 1923. Nadezhda Joffe was the daughter of Adolf Abramovich Joffe, the Bolshevik leader and Left Oppositionist who committed suicide in 1927 to protest the expulsion of Trotsky from the Bolshevik Party.

A committed socialist, Nadezhda Joffe became a member of the Left Opposition soon after its founding in 1923. Her remarkable memoir Back in Time provides a vivid account of Soviet life during the 1920s and explains why many, like herself, sought to defend its principles. She died in 1999.

This interview with Nathan Steinberger was conducted in Berlin in 1997. In it, he recounts his experiences with Stalinism in the 1930s.

Nathan Steinberger and his wife Edith were long-time members of the German communist movement. Like many German communists in the USSR in the 1930s, they fell victims to the Great Terror. Steinberger later stressed, “I want to help young people understand what Stalinism was. Socialism must be rid once and for all of the refuse of falsification and suppression—must be cleansed once and for all of Stalinism. The regimes in the Soviet Union and its sphere of influence had nothing whatsoever to do with socialism.”

WSWS publishes interviews with children of the Left Opposition

Zorya Leonidovna Serebryakova’s father, Leonid Petrovich Serebryakov, was a leading Bolshevik and Left Oppositionist. One of the main defendants in the Second Moscow Trial, he was found guilty and shot on February 1, 1937. 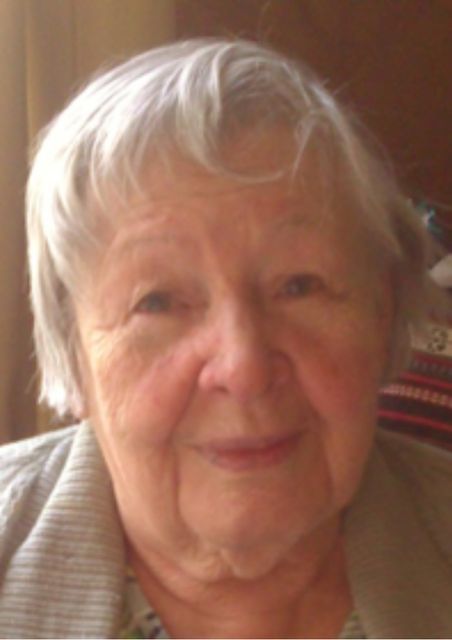 Tatiana Smilga-Poluyan (May 1919-September 2014) came from a remarkable family with longstanding revolutionary traditions. Not only her parents, but also her uncles and aunts were active participants in the Bolshevik Revolution and the subsequent Civil War. 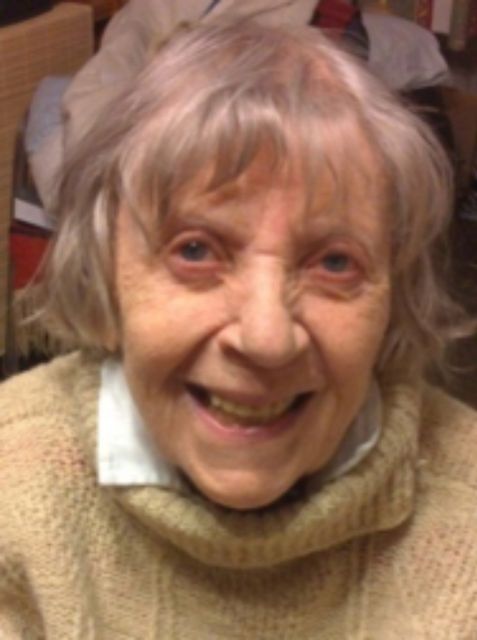 Tatiana Isaeva is the granddaughter of the Marxist literary critic Aleksandr Konstantinovich Voronsky, a Bolshevik from 1904 and participant in the revolutions of 1905 and 1917 who later became an important figure in the Left Opposition. 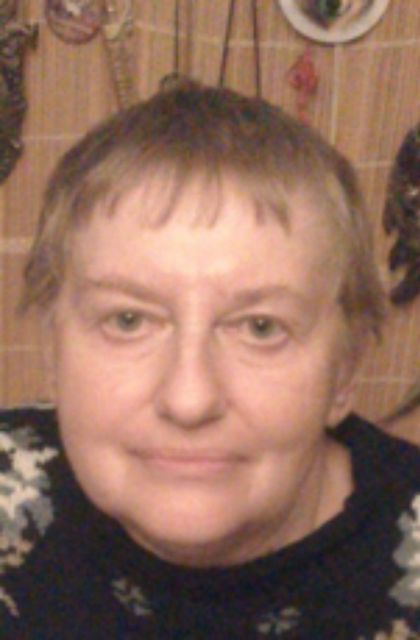 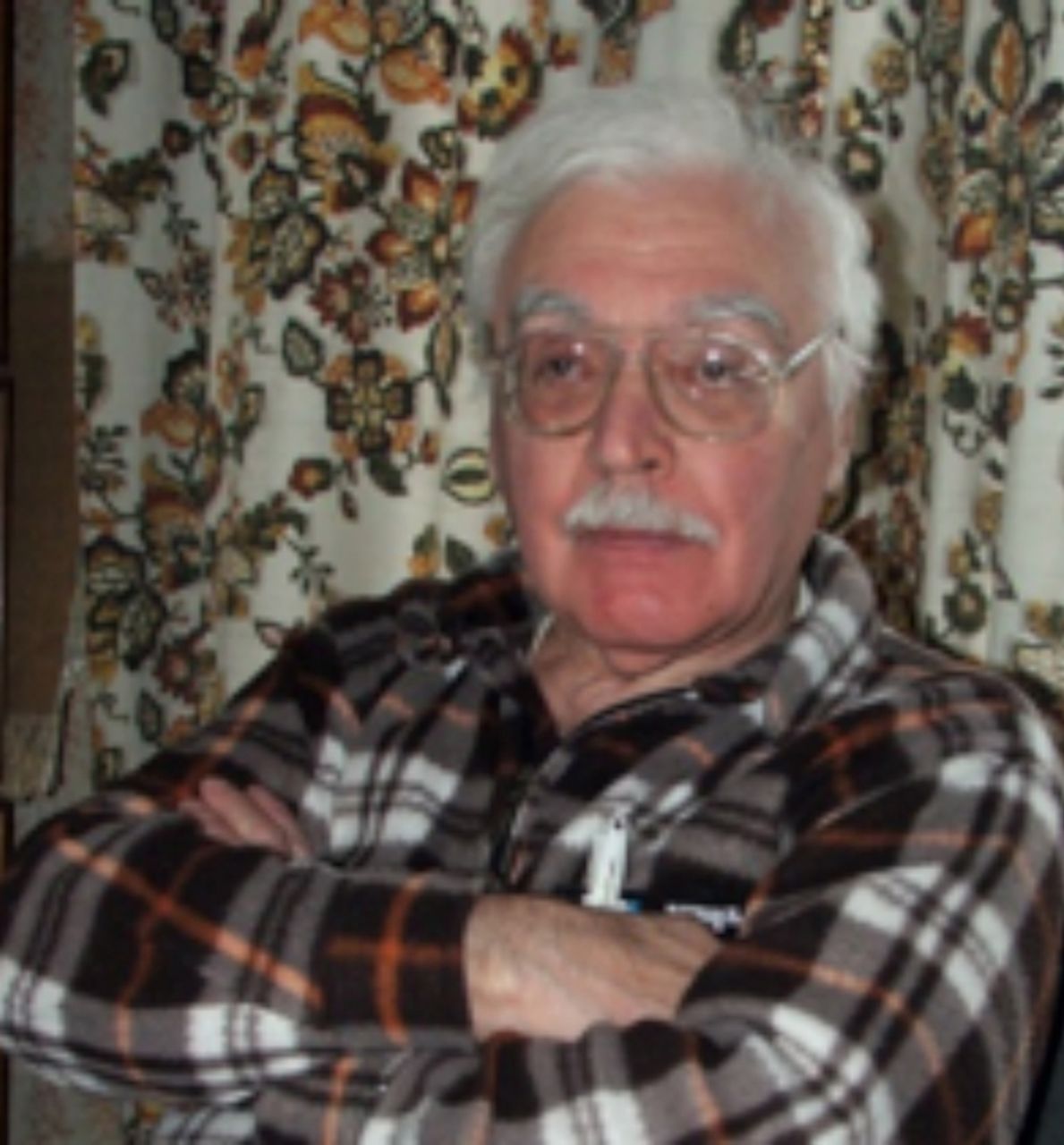 Vitaly Markovich Primakov was a hero of the October Revolution and the Civil War and later an important member of the Left Opposition.

A political assessment of the legacy of the life of any given individual must be based on a historical appreciation of the conditions under which he or she lived. In the case of Tatiana Smilga, this requires, above all, an understanding of the far-reaching implications of the Stalinist terror and the role played by historical falsification in the political reaction against October.

This is volume four of a seven-part series produced by Vadim Rogovin, entitled Was There an Alternative?, which was the first major study by a Russian Marxist historian of the most tragic and fateful year in the history of the Soviet Union. Rogovin presents a detailed and penetrating analysis of the causes, impact and consequences of Stalin’s purges. He demonstrates that the principal function and aim of the terror was the physical annihilation of the substantial socialist opposition to Stalin’s bureaucratic regime.

In volume five of the series, Rogovin examines the bloodiest period of the Stalinist repression of political opposition in the Soviet Union, debunking the myth that the Great Purges were merely the product of Stalin’s paranoia and had no overriding political logic.

In the annals of political literature, few works have withstood the test of time so well as Leon Trotsky’s The Revolution Betrayed. More than 80 years after its initial publication, its analysis of the structure and dynamics of Soviet society and of the Soviet Union remains unsurpassed.

Leon Trotsky exposes the “theoretical forgeries and historical frame-ups” cobbled together in the 1920s by a rising bureaucratic caste headed by Joseph Stalin to rationalize a political counterrevolution against the October 1917 Revolution.

Purchase
Nadezhda Joffe
Back in Time: My Life, My Fate, My Epoch

This is the only memoir to be written in the post-Stalin Soviet Union by a member of the Left Opposition, which was formed under the leadership of Leon Trotsky in 1923. Nadezhda Joffe was the daughter of Adolf Abramovich Joffe, the Bolshevik leader and Left Oppositionist who committed suicide in 1927 to protest the expulsion of Trotsky from the Bolshevik Party.

A devastating first-hand account of Stalin’s labor camps. Maria Joffe, widow of leading Bolshevik Adolf Joffe and with him a prominent member of the Trotskyist opposition to Stalinism, survived 29 years in prison camps in the Soviet Union.