Capitalism has failed in the United States and the entire world. The Socialist Equality Party is organizing the working class in the fight for socialism: the reorganization of all of economic life to serve social needs, not private profit.

Socialism means the abolition of all forms of inequality and exploitation. The fight for socialism is at the same time a fight against war, authoritarianism, environmental degradation and all the consequences of capitalist society.

Socialism must be fought for and won by the working class itself. It will be achieved only through a revolutionary movement that has as its aim the establishment of workers' power.

Socialism, moreover, cannot be realized in one country. All the great problems confronting mankind are global problems that require global solutions.

The fight for socialism, therefore, requires the unity and collaboration of workers in every country on the basis of a common program and perspective. The Socialist Equality Party works in political solidarity with the International Committee of the Fourth International, the World Party of Socialist Revolution founded by Leon Trotsky in 1938.

This page contains some of the key documents and statements on the history and program of the SEP.

On Sunday, November 15, the World Socialist Web Site hosted an online discussion with eminent historians of the United States, including James Oakes, Richard Carwardine, and Thomas Mackaman, moderated by David North. The discussion reviewed the historical background, events and political dynamic of the 1860 election, evaluated their relevance in appraising the outcome of the 2020 election, and consider the long-term political implications of the present crisis in the United States.

Watch the Recording
Historical Foundations of the SEP

The program of the Socialist Equality Party is of a principled, not of a conjunctural and pragmatic character. It is based on an assimilation of the strategic revolutionary experiences of the working class and the international socialist movement.

The SEP traces its political ancestry to the fight for Trotskyism in the US that was initiated in 1928, when veteran revolutionary James P. Cannon, along with Canadian revolutionary Maurice Spector, declared their support for Trotsky's fight against the Stalinist degeneration of the Soviet Union.

The international Trotskyist movement has a long history of principled struggle against Stalinism, reformism and bourgeois nationalism. In the United States, the fight for Trotskyism was carried forward by the Socialist Workers Party (SWP), founded in 1938 under the leadership of Cannon, and then the Workers League, which was founded in 1966 after opposing the national opportunist degeneration of the SWP.

The Workers League, in political solidarity with the International Committee of the Fourth International, based its perspective on the revolutionary role of the American working class in opposition to all forms of nationalism and revisionism, as well as the pro-capitalist politics of the trade union bureaucracy. The Workers League played a significant role in many of the major battles of the working class in the 1970s and 1980s.

The Workers League was transformed into the SEP in 1995, which was followed by a similar transformation of all the sections of the ICFI.

The Congress of the SEP is the highest body of the party. The SEP held its Founding Congress in 2008 and meets every two years to discuss and adopt resolutions on party policy and elect the party leadership. This section includes reports and resolutions from the SEP Congresses. 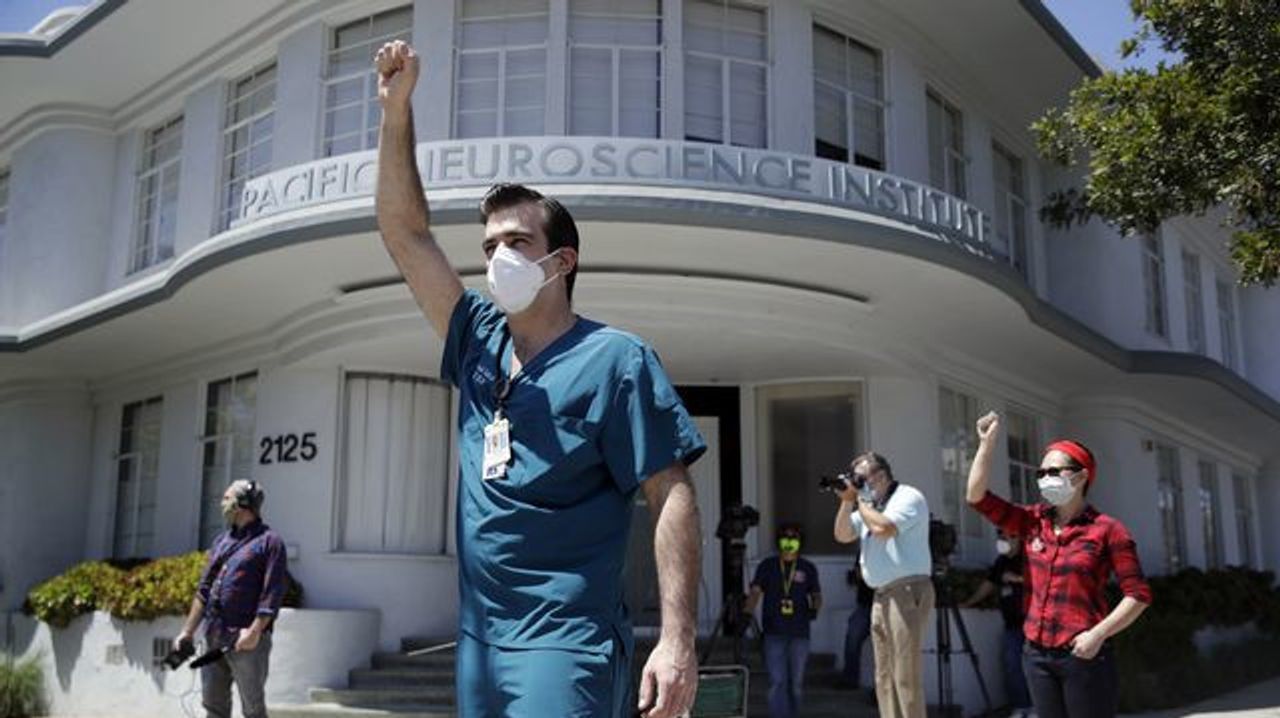 The global pandemic, the class struggle, and the tasks of the Socialist Equality Party

This resolution was adopted unanimously by the Sixth National Congress of the Socialist Equality Party in the US, held July 19–24, 2020.

This resolution was unanimously adopted by the Socialist Equality Party Congress, held from July 22–27, 2018.

This report was delivered by David North, the national chairperson of the Socialist Equality Party (US), to open the Fifth National Congress of the SEP, held July 22-27, 2018.

This resolution was unanimously adopted by the Socialist Equality Party Congress, held July 22–27. 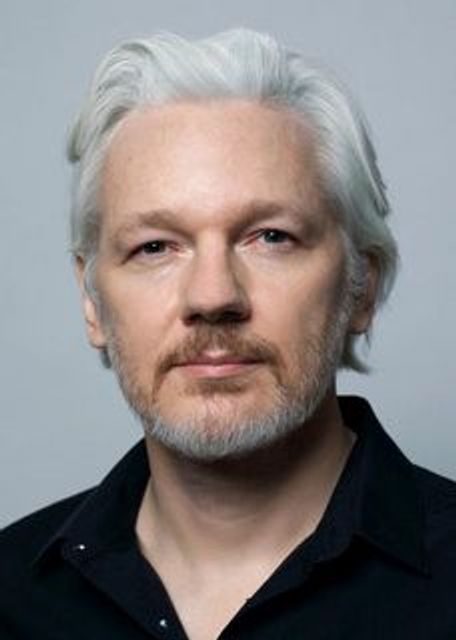 Perspectives and Tasks of the Socialist Equality Party

The Socialist Equality Party in the US held its Fourth National Congress from July 31 to August 5 in Detroit, Michigan.

This resolution was passed by the Fourth National Congress of t he Socialist Equality Party (US), held from July 31-August 5 in Detroit, Michigan .

This resolution was passed by the Fourth National Congress of the Socialist Equality Party (US), held from July 31-August 5 in Detroit, Michigan.

This is the main resolution of the Third National Congress of the Socialist Equality Party (US), adopted unanimously on August 5, 2014.

The events of the past 48 hours have made clear that President Donald Trump is refusing to accept his electoral defeat and is actively engaged in a coup to overturn the elections and establish a personalist dictatorship.

While it appears that the Democratic Party candidate Joe Biden is on the verge of winning enough states to be elected president, Trump’s refusal to accept the results will intensify the political crisis.

The White House is the center of a fascistic conspiracy to overturn the Constitution and establish a presidential dictatorship.

For a nationwide general strike to halt the drive to reopen schools!

The protests against police murder: The way forward

Statement of the Socialist Equality Party (US)•15 June 2020

The decade of socialist revolution begins

The socialist perspective in the 2020 US elections

Historians will look back at the 2020 elections as both a continuation and a new stage in the protracted crisis of American democracy.

The WSWS has exhaustively documented and analyzed the political crisis and historical decay of American democracy.

As the US election enters its final stage, enormous pressure is being brought to bear to convince workers and youth that the only way to oppose Trump is to support Biden and Harris.

The propaganda campaign by the Times and US intelligence agencies is aimed at fighting out conflicts within the ruling class over foreign policy while distracting attention from Trump’s ongoing conspiracies.

The Movement for a People’s Party: No program, no principles, no future

Norissa Santa Cruz—SEP candidate for US vice president•4 September 2020
For a socialist response to the coronavirus pandemic!

The unprecedented catastrophe of the coronavirus pandemic is fundamentally a social and political, not simply a medical, question. The technology and medical expertise exist to contain the virus and ensure the safety of the entire working class, but under capitalism everything is subordinated to the profit interests of the corporate and financial elite.

The video on the right is from the International Committee of the Fourth International's 2020 May Day Online Rally, which featured remarks on the pandemic from leaders of the ICFI throughout the world.

Membership in the Socialist Equality Party is based on agreement with its Statement of Principles. The principles of the SEP incorporate the essential experiences of the revolutionary upheavals of the 20th century and the corresponding struggle waged by Marxists for the program of world socialist revolution.

His many published works include: The Heritage We Defend; The Crisis of American Democracy; In Defense of Leon Trotsky; The Russian Revolution and the Unfinished Twentieth Century; The Frankfurt School, Postmodernism and the Politics of the Pseudo-Left and A Quarter Century of War.

Joseph Kishore has held the position of national secretary of the SEP (United States) since 2008. He joined the SEP in 1999 after becoming politically radicalized by the Clinton administration’s war against Serbia. Over the past two decades, he has written hundreds of articles for the World Socialist Web Site and as national secretary has directed the party’s intervention in the struggles of workers and youth.

Lawrence Porter joined the Workers League, the predecessor of the Socialist Equality Party, in 1972. He has played a leading role in the Trotskyist movement in the US for several decades. He was elected assistant national secretary of the SEP at its founding congress in August, 2008.

More
The International Youth and Students for Social Equality

The International Youth and Students for Social Equality (IYSSE) is the student and youth movement of the Socialist Equality Party. It fights to unite students and young people for peace, equality, the rights of the working class and socialism.

More about the IYSSE